Taking the new Onyx 2.0 for a spin

One of the announcements during VMworld 2010 in San Francisco that perhaps got a bit obscured by the other “big” announcements, was the release of Onyx 2.0. For those of you that hadn’t heard of Project Onyx before, this nifty little tool captures all SOAP traffic that is passed between your vSphere client or PowerCLI session and the vCenter or ESX(i) server to which you are connected.

And that’s not all, the Onyx program will translate the captured SOAP traffic into PowerShell code. This allows you to see which vSphere APIs are used and how parameter objects for these methods are constructed.

The new Onyx 2.0 has a lot of new features and several improvements for older features.

Using Onyx is quite simple!

Unfortunately the instructions on the VMware LABS Onyx page still seems to contain the Onyx 1.0 instructions.And although they are still valid, the usage of Onyx became a lot easier.

When you start the program you are presented with the main screen.

Top-left in the toolbar you find the Connect button that allows you to set up the connection to the vCenter or ESX(i) server for which you want to capture the actions. 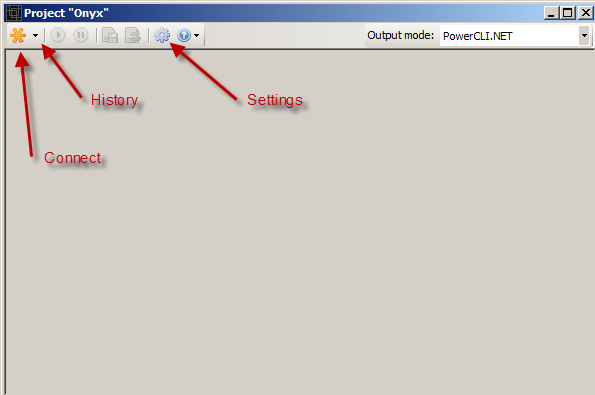 There is also a History option (the list box) that allows you to choose, by default, from your last 10 connections.

The next window will ask you to which vCenter or ESX(i) server you want to connect. 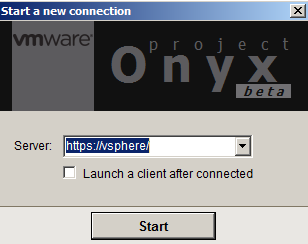 With a new connection, you also have the option to automatically start the vSphere client or the PowerCLI client. Just enter your credentials and Onyx will take care of starting the client and setting up the connection. 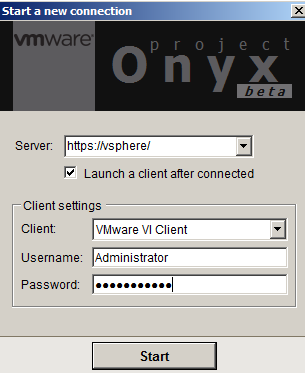 And now the fun begins!

To start translating all your actions in the client into PowerShell code you hit the Start button in the toolbar.

Let’s have a look at a simple example. We’ll add 1 vCPU and a NIC to a guest in the vSphere client. 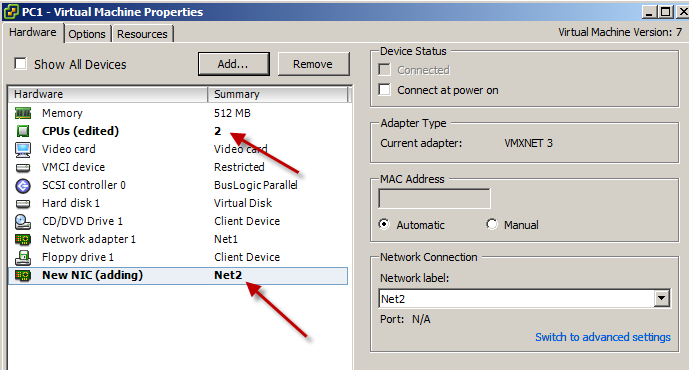 We immediately see the PowerShell code the Onyx program generated. Small remark, the colours in the output were done by me to better show the different parts of the generated code ! 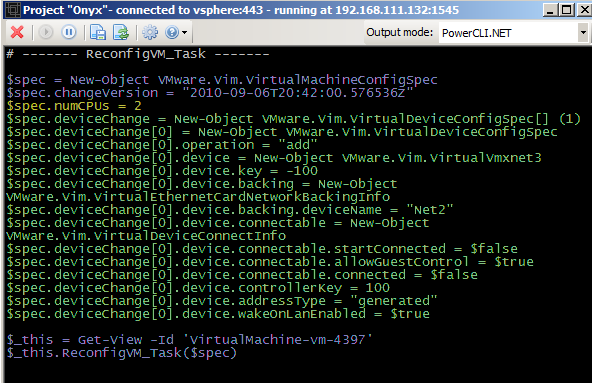 With the help of the SDK Reference it is now quite easy to find back what each part of the generated code is doing.

Notice how the object type that is entered in the device property, depends on the type of HW that was chosen. In this case the new NIC was specified as a vmxnet3 type card.

Also note that the generated code uses the actual MoRef to get the VirtualMachine object. This is not considered good coding practice. So if you are going to use the generated code, make sure you fetch the guest based on it’s name. Something like this:

One of the exciting new features in Onyx 2.0 is its ability to generate different types of output.

There is the raw SOAP. 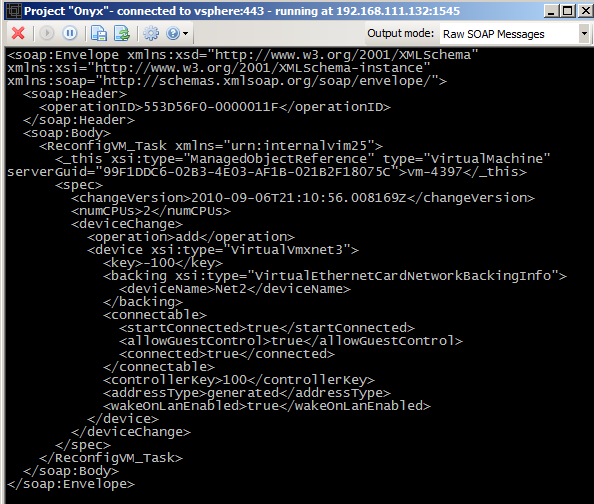 And there is C#, which SDK developers will surely appreciate. 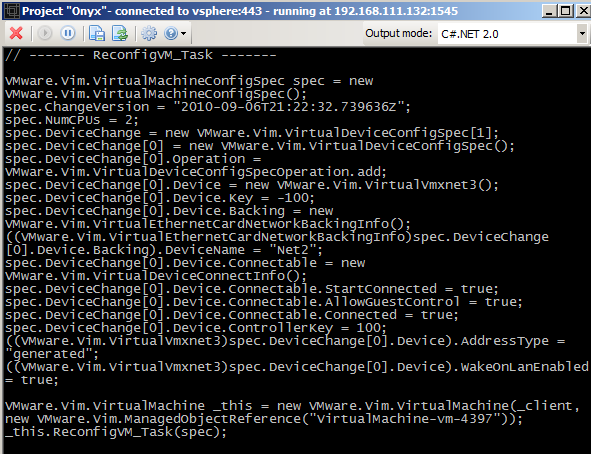 And there is JavaScript that can be used with vOrchestrator. 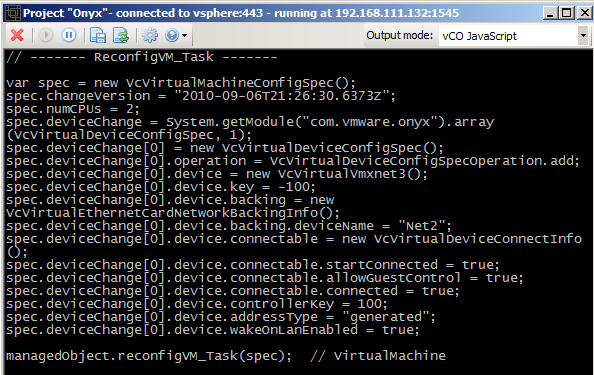 What is also a definite improvement compared to Onyx 1.0, is the fact most of the settings are now accessible via the Settings button in the toolbar. 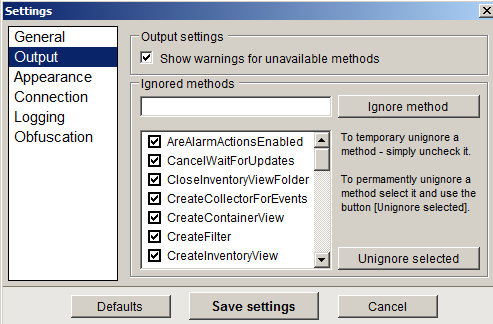 The other one is the obfuscation feature. This allows you to suppress sensitive information from the generated output and/or the log. 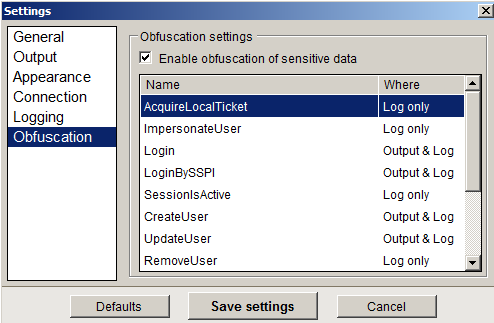 The new Onyx 2.0 definitely is a more user-friendly and robust application than it’s predecessor. But while using the product there are some features that seem to be missing or that would make the product even better.
What follows is a “personal” list of notes I took while test driving the product.