With VMware vCenter you get a feature-rich free product called VMware vCenter Converter. One of the things you can do with the Convertor product is to read disk images created by VMware Consolidated Backup and import them in a vCenter. In the current release the Convertor doesn’t come with any support for the PowerCLI automation tools but that doesn’t mean we can’t use the Convertor from our PowerShell scripts.In our environment we needed to be able to import VCB disk images of guests into our Disaster Recovery center, which is build around a number of ESXi servers, each using one or more local datastores . Since we do this at regular intervals (more than once !), we wanted to automate this process.

The Converter product comes with a number of DOS commands. We used the converter-tool command in our script. Looking at the syntax, we see that the command requires an XML file as input for the -jobsubmit parameter. 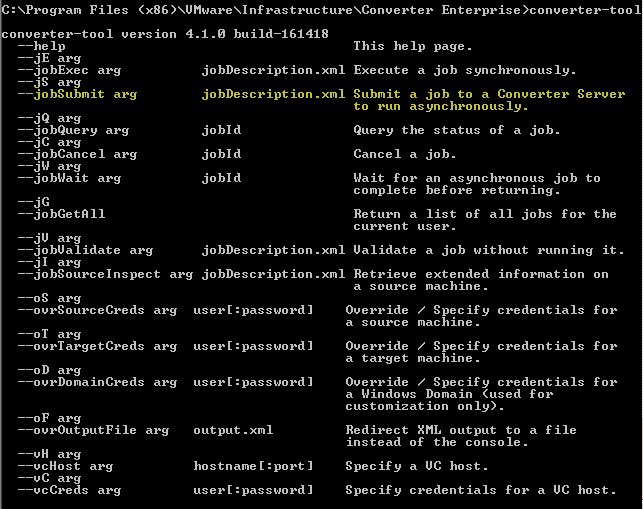 The layout of the XML file is, afaik, not documented, but by looking at the generated XML files from successful Converter jobs it was not too difficult to deduce most of the required nodes and their attributes.

The script has some additional features:

The script shows a very specific case of using the Converter from a PowerShell script, but I’m sure it can easily be adapted for other types of Converter jobs. Enjoy !