The first time I heard about Ravello Systems and their solution was way back in August 2013. Through pointers in blogs posts by Duncan (here) and William (here), I found an early research paper which explained what the HVX platform was all about. Needless to say I was very interested !

When Ravello Systems announced a beta for their Inception solution in April 2015, I was game. After a 2 week trial, I took a subscription. In June 2015 they also announced free access for vExperts (1000 CPU hours per month). And to top it off, I witnessed an excellent presentation during Virtualization Field Day 5 in June 2015 in Boston.

One aspect of the Ravello Systems solution that immediately captured my attention, was the availability of a REST API, that offers all the functionality that is available through their Web Gui, and more. While a Web Gui might be nice, for automation purposes that will not really work. That’s when I decided to start writing a Ravello PowerShell module based on the REST API.

END_OF_DOCUMENT_TOKEN_TO_BE_REPLACED 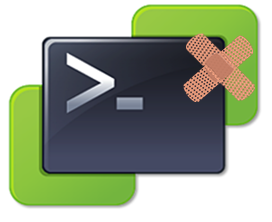