Continuing my Dutch VMUG Event 2011 presentation series with a post on the VMFS5 feature. This feature clocked in at position 8 in the Top 10.

With VMFS5 comes a bunch of new features. Just to name a few:

For a complete list of the features that VMFS5 introduces, have a look at Cormac‘s post, called vSphere 5.0 Storage Features Part 1 – VMFS-5.

END_OF_DOCUMENT_TOKEN_TO_BE_REPLACED

Another post from our Dutch VMUG Event 2011 presentation. This time it’s about number 5 in the Top-10, Network I/O Control. This feature allows user-defined network resource pools and end-to-end QoS.

Note that this feature requires distributed Switches (dvSwitch). In fact I could have also written this post in my dvSwitch series with the title dvSwitch scripting – Part 10 – NetIOC.

END_OF_DOCUMENT_TOKEN_TO_BE_REPLACED

Another post coming from our Dutch VMUG Event 2011 presentation. On position number 10, we find the vMotion Enhancements that were introduced with vSphere 5.

A single vMotion can now scale over multiple NICs. This feature can use a regular vSwitch or distributed vSwitch.On YouTube there are 2 videos, uploaded by VMwareKB, that show how to configure such a vMotion enabled multi-NIC vSwitch, regular and distributed.

Very useful videos, but as you can imagine, I wanted to automate this. No GUI clicking for me  😉

END_OF_DOCUMENT_TOKEN_TO_BE_REPLACED

The second post originating from our presentation at the Dutch VMUG Event 2011 is about HA. vSphere High Availability appeared in the 2nd place of the vSphere 5 features Top 10. For the HA feature we showed how you could find out the FDM master and slaves in your cluster, and how to find the heartbeat datastore. 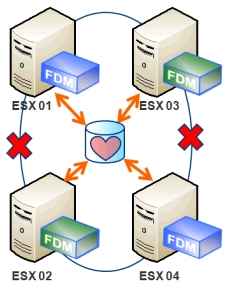 END_OF_DOCUMENT_TOKEN_TO_BE_REPLACED

During our presentation at the Dutch VMUG Event 2011, Alan and myself showed how several entries of the Top 10 vSphere 5 Features session could be automated with the help of PowerCLI. In the session we showed several demos.

This post is the first in a series, that will publish and document most of the scripts we used for the demos.

On the first position in the Top 10 we have Storage DRS. This feature brings intelligent placement of VMs and storage load balancing based on space usage and IO metrics. See part 4, part 5 and part 6 in Cormac‘s excellent series on vSphere 5 Storage Features.

END_OF_DOCUMENT_TOKEN_TO_BE_REPLACED

Buried in the massive amount of new features introduced with vSphere 5 there are several new API methods on the HostStorageSystem managed object.

Two of these API methods will allow you to automate the new Attach/Detach LUN feature from the vSphere Client. It concerns the AttachScsiLun and DetachScsiLun methods. Until this new feature is available natively in PowerCLI, you can use the following functions.

END_OF_DOCUMENT_TOKEN_TO_BE_REPLACED

Have a look at David Davis‘s post, called Using VMware vSphere Storage Views, for more information on what you can do with the Storage Views.

Some time ago I got a question from Andrew how the Multipathing Status presented in the Storage Views could be detected and reported upon by a PowerCLI script. What looked rather simple at first, turned out to be a bit more difficult than I anticipated.

END_OF_DOCUMENT_TOKEN_TO_BE_REPLACED

With the vSphere 5 licensing buzz from the past days and the incredibel number of hits on my Query vRAM post, I considered that a script to help you discover your memory overallocations might be useful.

The script uses the metric mem.usage.average to find out what amount of it’s allocated memory a guest is actually using. The script produces a report that will help you to determine which guests would be good candidates to lower their memory allocation.

END_OF_DOCUMENT_TOKEN_TO_BE_REPLACED

After the Cloud Infrastructure Launch Forum event from July 12th 2011, it seemed that the new licensing model attracted more blog posts and tweets than the 140 new features in vSphere 5.

As one could imagine, one of the most heard questions was, what will I need to pay in the new licensing model. As a pro-active measure, I decided to write a short script that would tell me what vRAM entitlement my current vSphere 4 licenses would offer me.

END_OF_DOCUMENT_TOKEN_TO_BE_REPLACED

Sometimes a solution to a problem is just staring you in the face.
While writing the PowerCLI book, I spent quite a bit of time on how to find which user acknowledged an alarm.
Today Eric “Scoop” Sloof launched the same question on Twitter. While I thought it was not possible, based on my past investigations, I decided to have a second look.

And of course now I found in a matter of minutes what had cost me fruitless hours before.