On Carter’s vSPhere PowerCLI Blog site we learned, just before VMworld, about Project Onyx. The program that will come out of this project will allow users to generate PowerShell code from actions done in the vSphere Client. But while we wait till the program comes in GA, is there an alternative for finding out what API call(s) an action in the vSphere Client generates ? In fact there is. And it’s free !

With the Microsoft tool Fiddler2, and a few manipulations on your vCenter, you can see all the API calls.

This is how to do it: 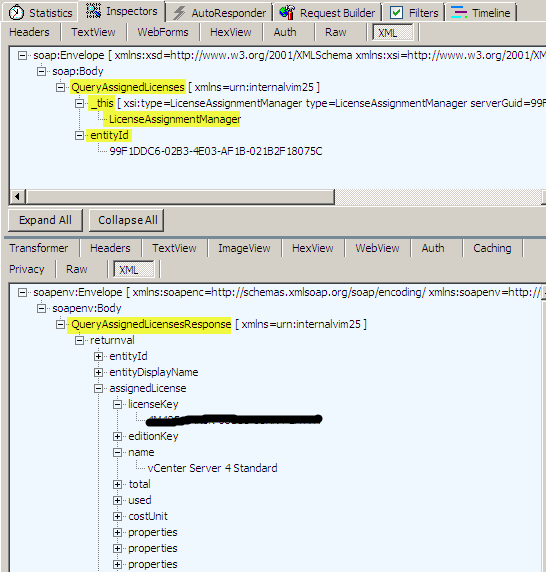 To demonstrate the practical use of this tool, let’s take an elusive feature that is currently being discussed in this thread in the  PowerCLI community. The author of the thread asked how to script the Reset Alarm to Green function.

In the current release of the vSphere API Reference there is no method that seems to perform this functionality. Fiddler2 to the rescue !

In the Fiddler2 trace we see that the method used by the vSphere Client is called SetAlarmStatus. And this method is not described in the current release of the vSphere API Reference. That means that there is currently no “standard” way of scripting this functionality 🙁 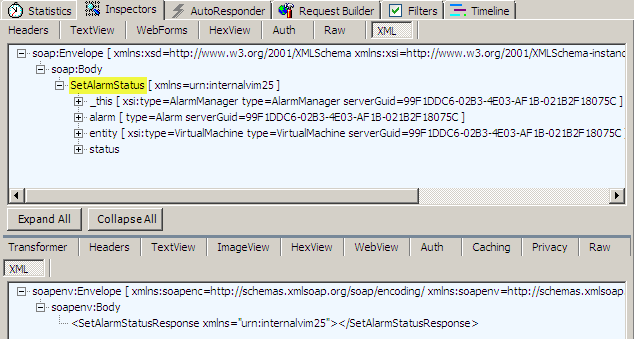