The ability to execute scripts inside the guest OS of your VMs, is definitely one of the more useful cmdlets available in VMware PowerCLI. A year ago I published the first version of my Invoke-VMScriptPlus function to solve some of the issues the Invoke-VMScript cmdlet has in my opinion.
That function allowed you to run multi-line scripts in a Linux guest OS on your VMs. It also allowed you to use she-bang lines, to indicate which interpreter your script had to run in (bash, perl, python, nodejs, php…). Another handy feature was that you could use Linux here-documents in your scripts. 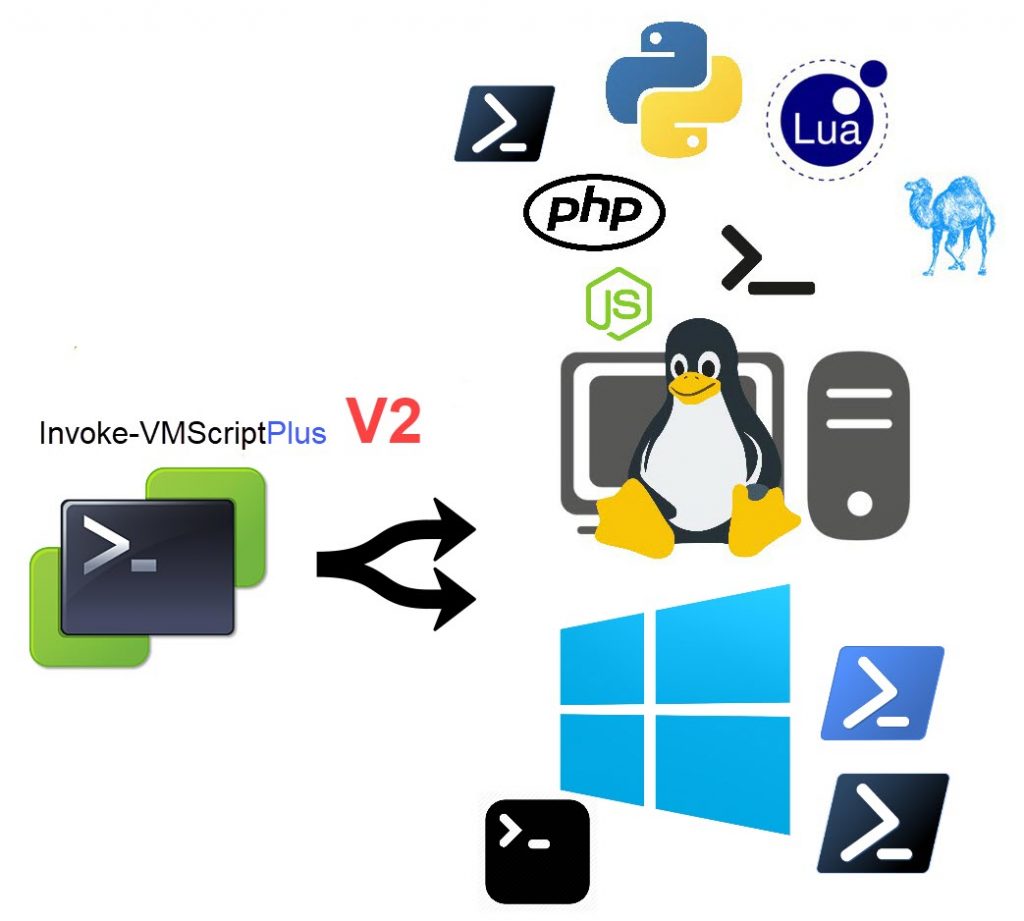 With the introduction of PowerShell Core (aka PowerShell v6), the lack of support for any Guest OS of the Windows family became obvious. Prompted by a recent thread in the VMTN PowerCLI Community, I decided it was time to publish a new version of my Invoke-VMScriptPlus function.