The end of the year is near again. Time to plan for the new, but also a time to look back on what was there in the past year.

Your vSphere environment is no different. It is time to produce some of those dreaded year reports that will show you how your environment has been doing. And one of the aspects a lot of people are very keen about, is the number 9 game 😉 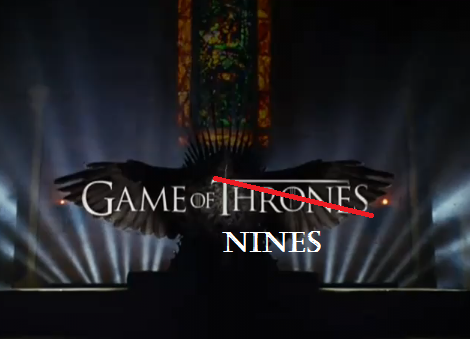 What was the uptime of the VMs you had running ?

The question popped up on several occasions in the PowerCLI Community as well. So I guess I was not the only one that was looking for a way to calculate the uptime of Virtual Machines.

Bug alert ?: it seems that the PerformanceManager handles vMotions in a strange way. After a vMotion the sys.uptime.latest is reset to 0 (zero). That is understandable, since the VM is now running on a different ESXi host. But it seems that the aggregated metric do not add up all the sys.uptime.latest metrics from different ESXi hosts. So when you use DRS or do vMotions yourself, the produced report will have some serious flaws !

As it turns out there are 2 performance metrics available in vSphere that allow you to retrieve Uptime measurements for VMs. These are the sys.uptime.latest and sys.osUptime.latest counters, both belong to the System Counters.

See my PowerCLI & vSphere statistics – Part 1 – The basics post for more information on intervals and levels.

Line 30-31: The default Start time is 7 days ago and the default Finish time is now.

Line 37: The Group-Object is used to separate the returned metrics by VM.

Line 41: To calculate the total number of returned metrics the script needs to substract the extra day (24*60*60) that was added in line 35.

Line 44-46: If the value is greater than the requested interval, we obviously have a 100% uptime for the VM.

Line 48: Based on the value the script calculates in which metric the power on of the VM occurred. This avoids the script has to look at each returned metric.

Line 51: As long as we are within the requested interval we keep adding the values to the uptime.

Line 52: When a VM was powered off and is not immediatly powered on again, there are metrics that have a value of 1. This condition avoids adding these metrics to the total uptime.

Line 59: To calculate how much of the total uptime of the metric can be attributed to the requested interval, the script substracts the value from the next metric.

Line 68-74: The object that holds the uptime information is constructed.

Line 77-83: When there are no metrics found for a specific VM, the value property will say “no data”

This will return 1 object with the Uptime property showing the percentage.

So that VM was available all the time during the last 7 days.

Let’s go back a bit further in time

The explanation for the drop in the Uptime percentage is the monthly patch cycle of a Windows OS.

You can make the driving script a bit more complex. The following will calculate monthly uptime percentages for a number of VMs. Note that the script uses 11 months, since we were still in December when I ran the script 😉 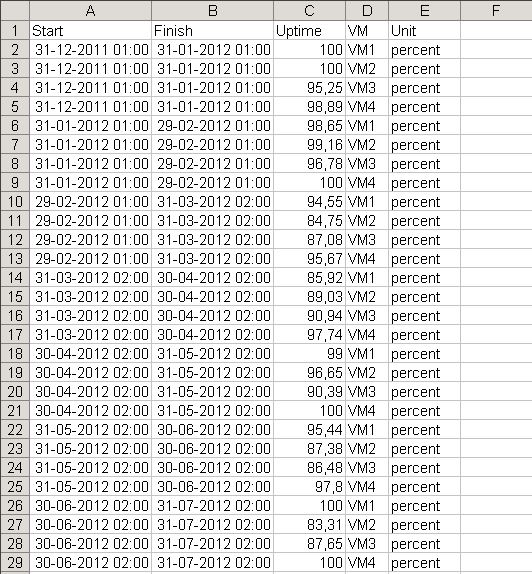 Note that the Start and Finish dates are not the nice round values we requested in the script. The reason for this are the aggregation jobs that run regularly and “aggregate” the metrics. In the example above it is clear that the aggregation jobs run at 01:00 local time in January and February and then at 02:00 local time later on. The reason for this change in the time was an upgrade of vCenter in the month of February.

Since we ultimately (Historical Interval 4) only have 1 metric per day, there is no point in trying to get round these timestamps in the report. The effort involved wouldn’t justify this in my opinion.

To clarify further, this is from my test environment. My production environment doesn’t have such lousy uptime values (most of the time) 😎

Word of warning: I think the script covers all the possible cases I encountered in my environment, but it is of course possible that you could see some “off” percentages. An Uptime of more than 100% looks nice, but obviously indicates an error in the script. So do values that are definitely too low.

If you encounter such strange Uptime values let me know. It would be handy if you could send me the sys.uptime.latest values and the timestamps for the incorrect time interval in such a case.